U of Toronto: Book Talk with Mae Ngai 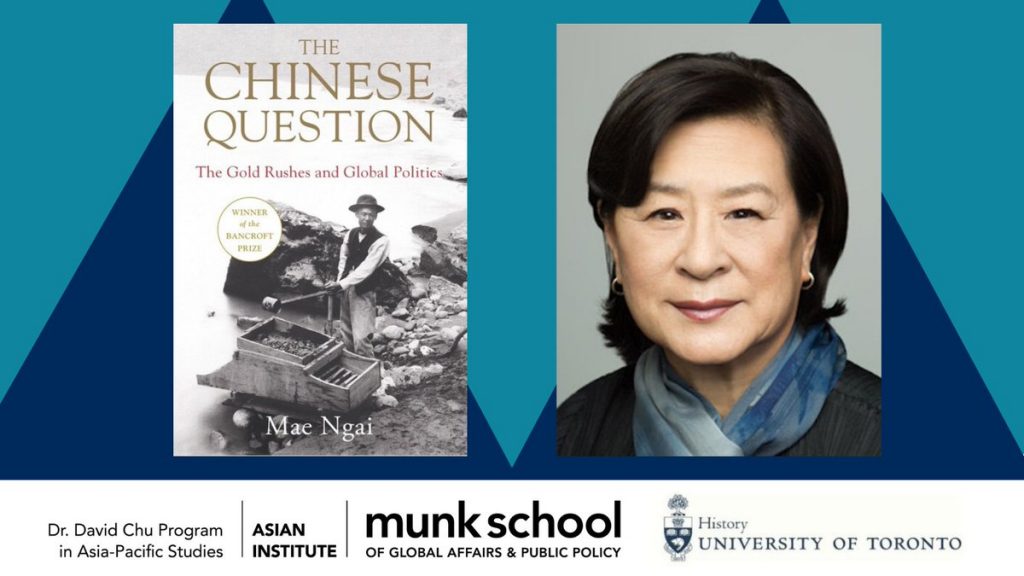 In roughly five decades, between 1848 and 1899, more gold was removed from the earth than had been mined in the 3,000 preceding years, bringing untold wealth to individuals and nations. But friction between Chinese and white settlers on the goldfields of California, Australia, and South Africa catalyzed a global battle over “the Chinese Question”: would the United States and the settler colonies of the British Empire outlaw Chinese immigration? Professor Ngai offers a new history of the Chinese diaspora in the West, situating it in the history of global capitalism, in which a feverish alchemy of race and money brought Chinese people to the West and reshaped the nineteenth-century world.

This talk is based on Professor Ngai’s recent book The Chinese Question: The Gold Rushes and Global Politics (W. W. Norton, 2022).

Organized by the Dr. David Chu Program in Asia-Pacific Studies and co-sponsored by the Department of History, University of Toronto