This is a virtual event. Login information with be included in your confirmation email. The event is free; a donation of $10 is

This is a virtual event. Login information with be included in your confirmation email. The event is free; a donation of $10 is suggested. 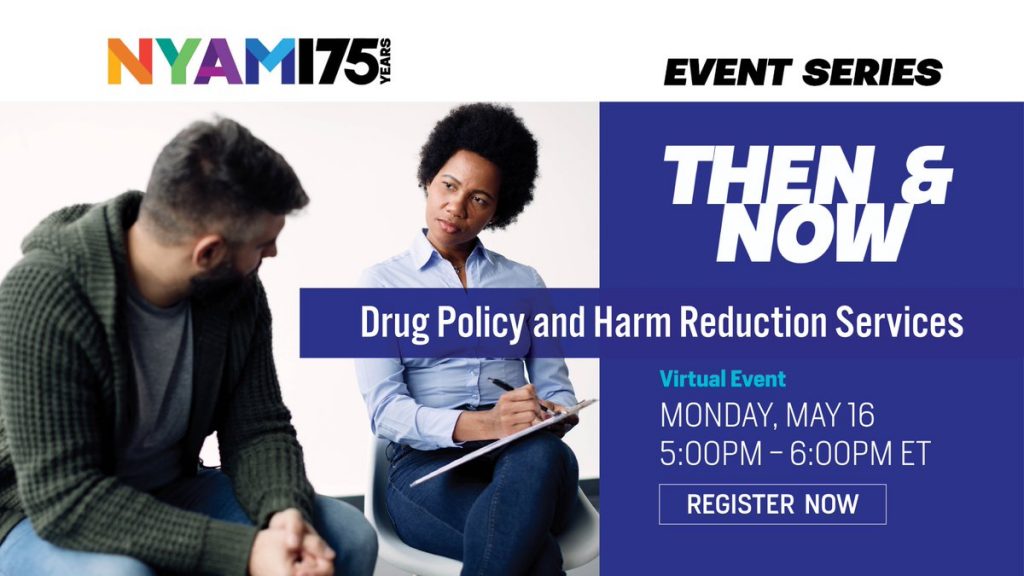 As part of NYAM’s 175th anniversary and our newly launched “Then & Now” series, this event will explore harm reduction services and drug policy in New York from a historical perspective. The Academy’s work in this area began in the late 1930s with the city commissioning the Academy to investigate the public health consequences of cannabis use, resulting in the “LaGuardia Report” (1944). Our modern involvement in drug policy has aligned with major public health concerns in New York—from work in the early 2000s conducting epidemiological studies on drug use and HIV to our current work to address the overdose epidemic and racially discriminatory drug policies.Overdose mortality is a public health crisis. Deaths from overdose spiked during the COVID-19 pandemic, with rates for 2021 exceeding 100,000, more than all prior years. Amidst these devastating deaths, there has been more widespread recognition of the value of harm reduction, as well as new resources made available to address the crisis. For example, late last year New York City opened the first-in-the-nation Overdose Prevention Center. NYAM’s research in 2018 informed former Mayor de Blasio’s decision to allow such sites.For this event, Library Director Paul Theerman, PhD and CPPS Program Officer Michele Calvo, MPH are partnering to present a conversation on the equity challenges and opportunities in this watershed drug policy moment. Samuel Kelton Roberts, Jr., PhD, of Columbia University, a historian of drug regulation in New York City, will interview two people at the front lines of the harm reduction movement in the city: Terrell Jones and Sam Rivera, of On Point NYC; as well as journalist Maia Szalavitz, author of Undoing Drugs: The Untold Story of Harm Reduction and the Future of Addiction (2021).

Michele Calvo, MPH, is Program Officer in the Community Programs and Policy Solutions Department at the New York Academy of Medicine. As NYAM’s lead for drug policy and criminal-legal system reform, she collaborates with advocates on campaigns and conducts research to inform changes to policies that contribute to structural racism and marginalization of communities, such as the recent reforms in New York to expand access to medication assisted treatment in jails and prisons, decriminalize syringes, and implement supervised consumption sites. Michele has led multiple initiatives to advance equity in the New York City and State response, including a data partnership with Metropolitan Hospital and NYAM’s COVID-19 vaccine equity action collaborative. She also serves as Project Director of a PCORI-funded COVID-19 research study examining the impact of the Medicaid Health Home program on access to health care and social services among patients with diabetes in NYC during the pandemic. NYAM tweets from @nyamnyc.

Terrell Jones works in outreach and advocacy for marginalized low-income persons who use drugs. He is Senior Co-chair, Peer Network of New York, and Community Engagement Manager of New York Harm Reduction Educators. He is a leader in VOCAL-NY (Voices of Community Activists & Leaders) and a Partner with the Drug Policy Alliance. He served on the Expert Advisory Panel for the 2017 report prepared by the New York City Department of Health and Mental Hygiene, “Overdose Prevention in New York City: Supervised Injection as a Strategy to Reduce Opioid Overdose and Public Injection.” Terrell Jones tweets from @terrellPNNY.

Sam Rivera currently serves as the Executive Director of New York Harm Reduction Educators and Washington Heights Corner Project, two merging harm reduction organizations that provide services to active drug users and sex workers in Northern Manhattan and The South Bronx, many of whom are low-income or homeless as well as of color and LGBTQ. With over 29 years of progressive experience in social services, his expertise lies in Criminal Justice/Reentry, HIV/AIDS, Harm Reduction, Addiction/Recovery, and Mental Health. He has dedicated his professional career to ameliorating the harms associated with the War on Drugs, racism/sexism, structural inequality, and mass incarceration and will continue to work to end systemic as well as systematic barriers to populations that are most vulnerable. Sam Rivera tweets from @samrivera111.

Samuel Kelton Roberts, Jr., PhD, is Associate Professor of History at Columbia University and of Sociomedical Sciences at Columbia University’s Mailman School of Public Health. He is a former Director of Columbia University’s Institute for Research in African American Studies. Dr. Roberts writes, teaches, and lectures widely on African-American urban history, especially medicine, public health, and science and technology. His widely acclaimed book, Infectious Fear: Politics, Disease, and the Health Effects of Segregation (University of North Carolina Press, 2009), is an exploration of the political economy of race and the modern American public health state between the late nineteenth century and the mid-twentieth century. Roberts currently is researching and writing a book-length project on the United States’s troubled history of race and recovery, examining the social and political history of heroin addiction treatment from the 1950s to the early 1990s. In 2018, Dr. Roberts launched the podcast series People Doing Interesting Stuff (PDIS) in which he speaks with people working in public health and social justice, especially harm reduction, HIV/AIDS work, reproductive justice, and criminal justice reform. He tweets from @SamuelKRoberts.

Maia Szalavitz is a journalist and the author of Undoing Drugs: The Untold Story of Harm Reduction and the Future of Addiction (2021), the first history of the harm reduction movement. She has written for numerous publications from High Times to the New York Times, where she is currently a contributing opinion writer. She is author or co-author of five other books, including the New York Times bestseller, Unbroken Brain: A Revolutionary New Way of Understanding Addiction, which is widely recognized as an important advance in thinking about the nature of addiction and how to cope with it, personally and politically. Her book, Help at Any Cost: How the Troubled Teen Industry Cons Parents and Hurts Kids was the first to expose the damage caused by the “tough love” business that dominates adolescent addiction treatment. With Bruce D. Perry, MD, PhD, she co-wrote the classic work on child trauma, The Boy Who Was Raised as a Dog and Born for Love: Why Empathy Is Essential—And Endangered. She has won awards from the National Institute on Drug Abuse, the Drug Policy Alliance, the American Psychological Association, and the American College of Neuropsychopharmacology for her 30 years of groundbreaking writing on addiction, drug policy, and neuroscience. Maia Szalavitz tweets from @maiasz.

Paul Theerman, PhD, has served as Director of the NYAM Library and Center for the History of Medicine and Public Health since 2018. In this capacity he oversees library operations, including cataloging and description, digitization, collection development, preservation and conservation, user services, with a special emphasis on public engagement. Over a 40+ year career in museums, archives, libraries and academia he has focused his efforts on connecting the interested and knowledgeable pubic with contemporary issues in sciences, technology, and medicine. He is a co-organizer of the Medicine and Health Working Group of the Consortium for the History of Science, Technology, and Medicine, and regularly teaches the history of public health in the graduate program in public health at the Icahn School of Medicine at Mount Sinai. The NYAM Library tweets from @nyamhistory.

Your financial support at any level helps us to provide the exciting programs and events you expect from The New York Academy of Medicine, and to sustain the Library’s books, journals, digital ventures and services. You will have an opportunity to make a donation when you register for the event.

To view past programs and other events, visit our YouTube channel.