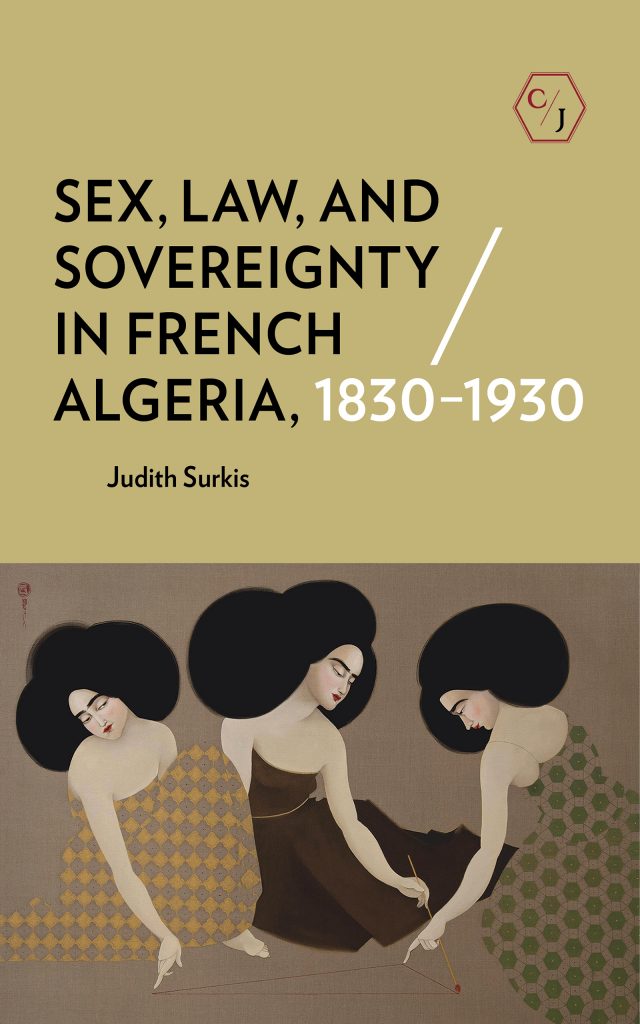 During more than a century of colonial rule over Algeria, the French state shaped and reshaped the meaning and practice of Muslim law by regulating it and circumscribing it to the domain of family law, while applying the French Civil Code to appropriate the property of Algerians. In Sex, Law, and Sovereignty in French Algeria, 1830–1930, Judith Surkis traces how colonial authorities constructed Muslim legal difference and used it to deny Algerian Muslims full citizenship.

Judith Surkis is Professor of History at Rutgers University. She is the author of Sex, Law, and Sovereignty in French Algeria, 1830-1930 (Cornell, 2019) which has been awarded the Association of Middle East Women’s Studies 2020 book prize; Sexing the Citizen: Morality and Masculinity in France, 1870-1920 (Cornell, 2006), and is currently working on a project, The Intimate Life of International Law: Childhood, Development, and Decolonization.

Event co-sponsored by the Columbia Maison Française, NYC Consortium for Intellectual & Cultural History and the Institute for Research on Women, Gender, and Sexuality.