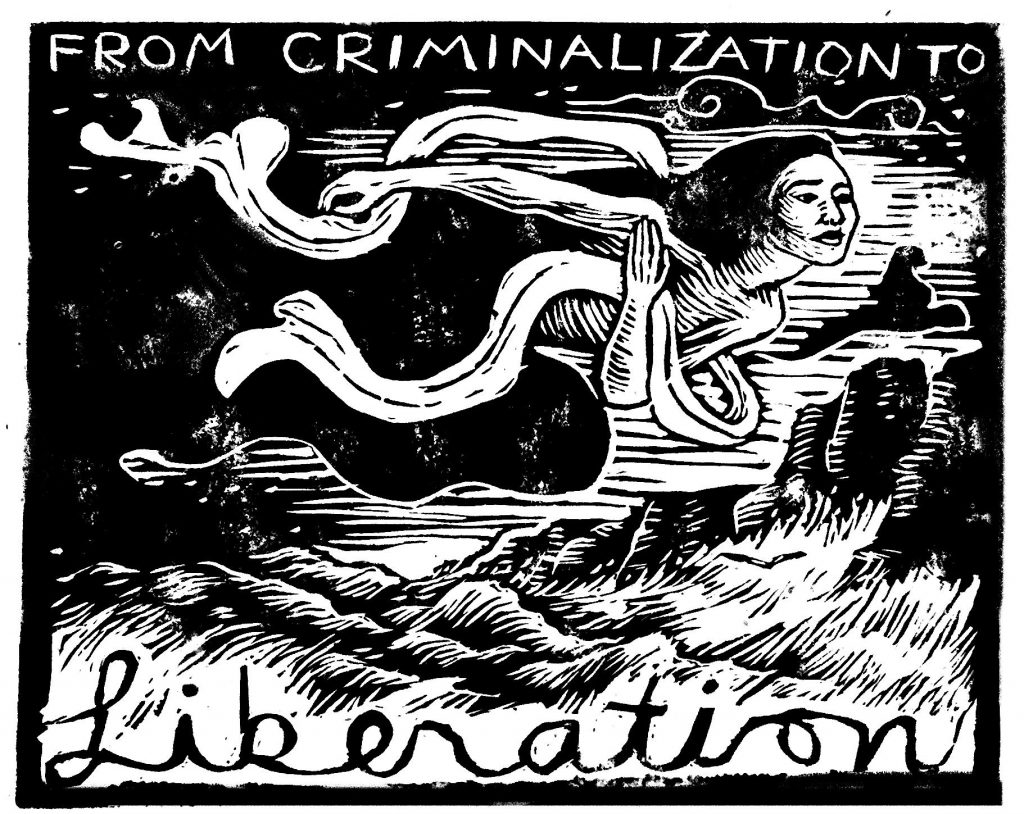 How might treating migrant sex work as labor rather than as a problem change policies, transform communities and create new futures?

This conversation centers theories and practices that emerge from organizing with Asian sex worker communities embedded in complex migration networks that span East Asia, Southeast Asia, and North America. The dominant anti-trafficking discourse in relation to migrant sex work reinforces policing and surveillance networks, stigmatizes sex workers, and isolates migrants, with the result that it often harms those who it is meant to “save.”

Although multiple models of policing sex work, including global anti-trafficking effortas full criminalization (in the US), buyer criminalization (the Swedish model), legalization (in the Netherlands), and full decriminalization (as in New Zealand), currently compete in activist, governmental, and policy-making circles, they all disproportionately affect migrant sex workers. Understanding these policies, discourses and their power within contemporary governance also requires revisiting racialized and gendered histories that must be traced back to Cold War geopolitics and earlier.

Based on research and organizing in China, Hong Kong, Thailand, the Philippines, Canada, and the United States, the speakers here insist that we think of sex work alongside rather than in contrast to other forms of work, shifting from criminal to labor law frameworks. The implications of migrant sex work organizing go beyond policy, suggesting new ways for transnational communities, arranged by differences of privilege based on language, education, immigration and citizenship status, race, gender, sexuality, and forms of sex work, to imagine futures beyond criminalization and toward liberation. This panel will be followed by a Q & A and then a series of small breakout group discussions.

Chanelle Gallant is a co-founder of Migrant Sex Workers Project, a grassroots group of migrants, sex workers, and allies who demand safety and dignity for all sex workers regardless of immigration status based in Canada. She has been a grassroots feminist organizer for nearly 2 decades and is on the national leadership team of Showing Up For Racial Justice. She writes about justice and sex, most recently in the collection Pleasure Activism. She can be found online at www.chanellegallant.com

Elene Lam is a community organizer and human rights defender. Elene is the Executive Director and a Founder of Butterfly (Asian and Migrant Sex Workers Support Network) and Migrant Sex Workers Project in Canada., She holds a Master of Social Work and a Master of Law, with a specialization in Human Rights. She is currently a Ph.D. student at McMaster University where she is researching the harms associated with anti-trafficking initiatives. Elene has been actively engaged in work related to human rights, violence against women, migration, gender, and sex work justice for more than 20 years.

Mae M. Ngai, Professor of History and Lung Family Professor of Asian American Studies, is a U.S. legal and political historian interested in questions of immigration, citizenship, and nationalism. She received her Ph.D. from Columbia in 1998 and taught at the University of Chicago before returning to Columbia in 2006. Ngai is author of Impossible Subjects: Illegal Aliens and the Making of Modern America and The Lucky Ones: One Family and the Extraordinary Invention of Chinese America The Tape Family and the Origins of the Chinese American Middle Class.

Elena Shih is the Manning Assistant Professor of American Studies and Ethnic Studies at Brown University. Her first book, Manufacturing Freedom, Rescue, Rehabilitation, and the Slave Free Good is based on 40 months of ethnographic research with the anti-trafficking, sex worker, and migrant worker right’s movements in China, Thailand, and the US.

Kate Zen is a coder, artist, and organizer. She’s the co-founder and interim director of Red Canary Song, a grassroots collective of Asian and migrant sex workers in Flushing, Queens. Previously, she was part of Butterfly and the Migrant Sex Worker Project in Toronto. She worked on policy communications for the Global Network of Sex Work Projects in the UK, organized with Streetwise and Safe and the Red Umbrella Project, helped the editorial teams of $pread Magazine and Tits and Sass, and served on the Board of SWOP-USA and Maggie’s Toronto. She also organized with street vendors and domestic workers, working within the Chinatown community as a youth to cofound the Chinatown Literacy Project.