Nara B. Milanich: "Paternity: The Elusive Quest for the Father" 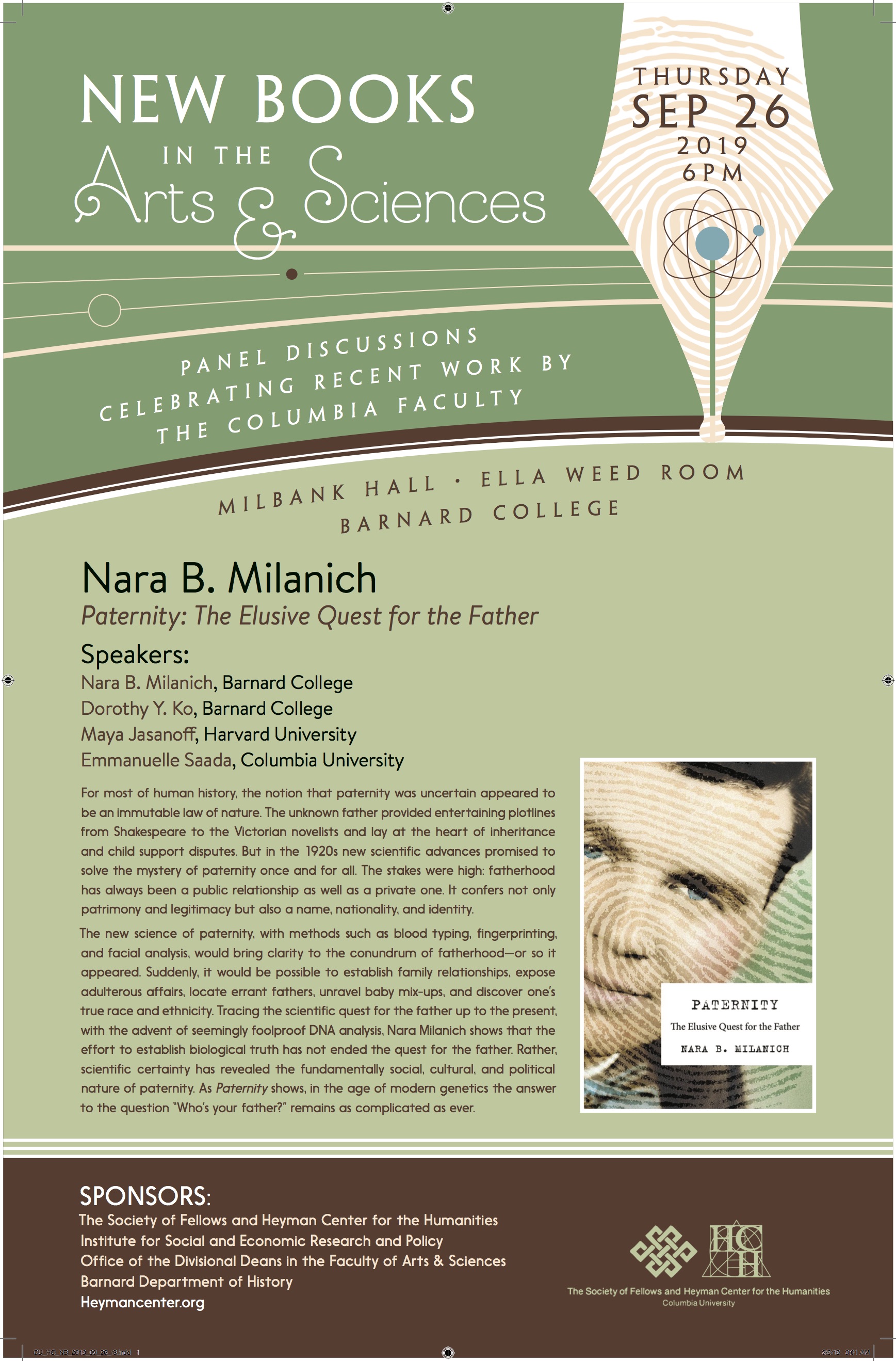 For most of human history, the notion that paternity was uncertain appeared to be an immutable law of nature. The unknown father provided entertaining plotlines from Shakespeare to the Victorian novelists and lay at the heart of inheritance and child support disputes. But in the 1920s new scientific advances promised to solve the mystery of paternity once and for all. The stakes were high: fatherhood has always been a public relationship as well as a private one. It confers not only patrimony and legitimacy but also a name, nationality, and identity.

The new science of paternity, with methods such as blood typing, fingerprinting, and facial analysis, would bring clarity to the conundrum of fatherhood—or so it appeared. Suddenly, it would be possible to establish family relationships, expose adulterous affairs, locate errant fathers, unravel baby mix-ups, and discover one’s true race and ethnicity. Tracing the scientific quest for the father up to the present, with the advent of seemingly foolproof DNA analysis, Nara Milanich shows that the effort to establish biological truth has not ended the quest for the father. Rather, scientific certainty has revealed the fundamentally social, cultural, and political nature of paternity. As Paternity shows, in the age of modern genetics the answer to the question “Who’s your father?” remains as complicated as ever.