Frank Guridy: "Sports and Politics in a Time of Political Polarizaton"

23sep6:00 pm- 7:00 pmFrank Guridy: "Sports and Politics in a Time of Political Polarizaton"

For our first event in the Talks with Professors Series this semester, we're excited 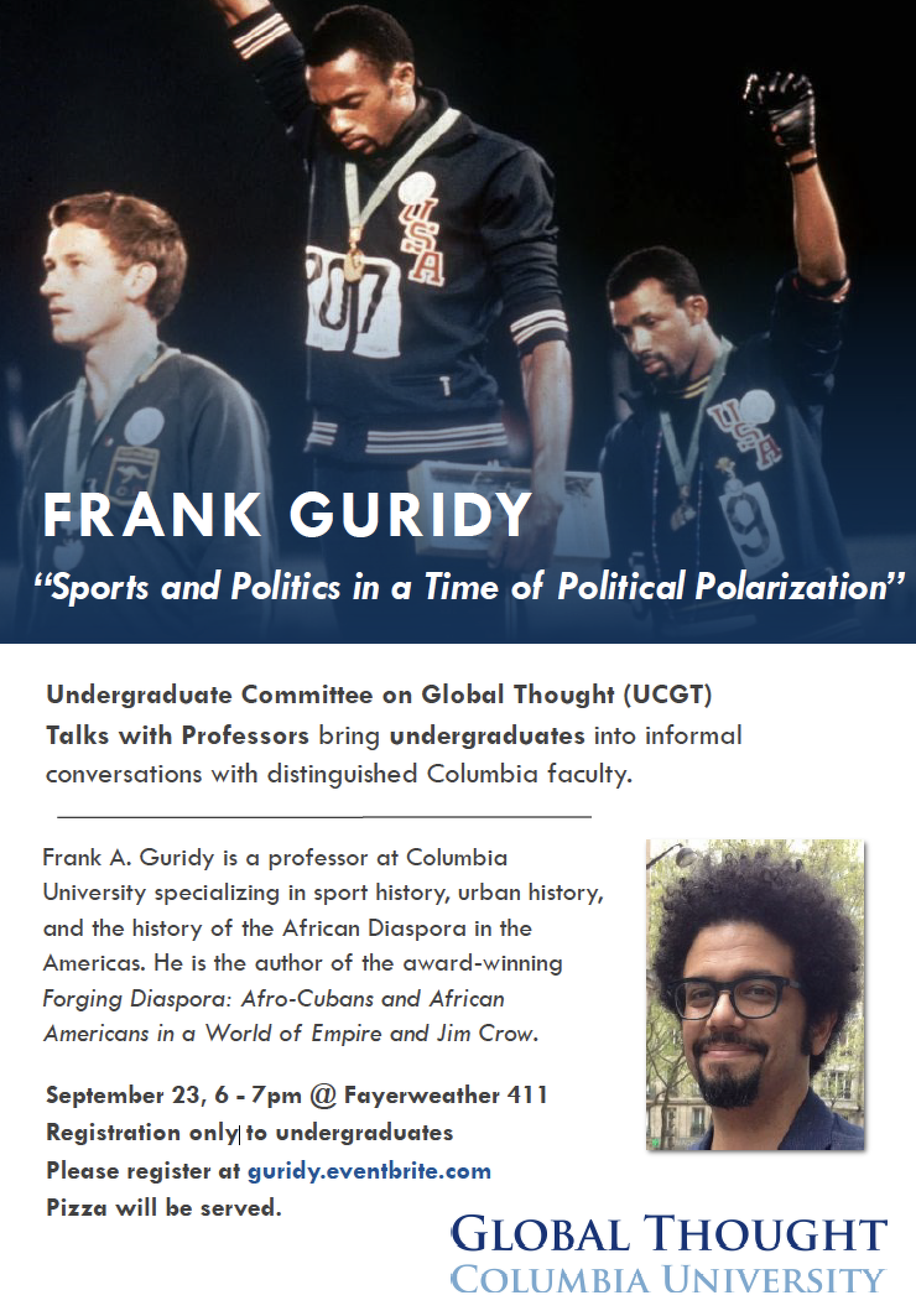 For our first event in the Talks with Professors Series this semester, we’re excited to have Professor Frank Guridy join us for an intimate discussion about “Sports and Politics in a Time of Political Polarization.”

Talk Description
In recent years sports has re-emerged as an arena of political struggle for progressive movements and for governments who seek to contain them. The mobilization for pay equity by the US Women’s National soccer team, the efforts of the Trump regime to repress black athletic protest, among other struggles, show how sports remain an important site of political contestation. This session places today’s struggles in sport and politics in historical context by revisiting the 1960s and early ’70s, another era when sports emerged as a site of contestation, especially for the Black Freedom and Second-Wave Feminist movements in the United States.
About the Speaker
Frank Guridy is a professor of sport history, urban history, and the history of the African Diaspora in the Americas. He is the author of Forging Diaspora: Afro-Cubans and African Americans in a World of Empire and Jim Crow, which won the Elsa Goveia Book Prize and the Wesley-Logan Book Prize. He is also the co-editor of Beyond el Barrio: Everyday Life in Latino/a America, with Gina Pérez and Adrian Burgos, Jr.
This event is open only to undergraduate students.
Advance registration is required. Register here.
Pizza will be served.