NEW BOOKS IN THE ARTS AND SCIENCES 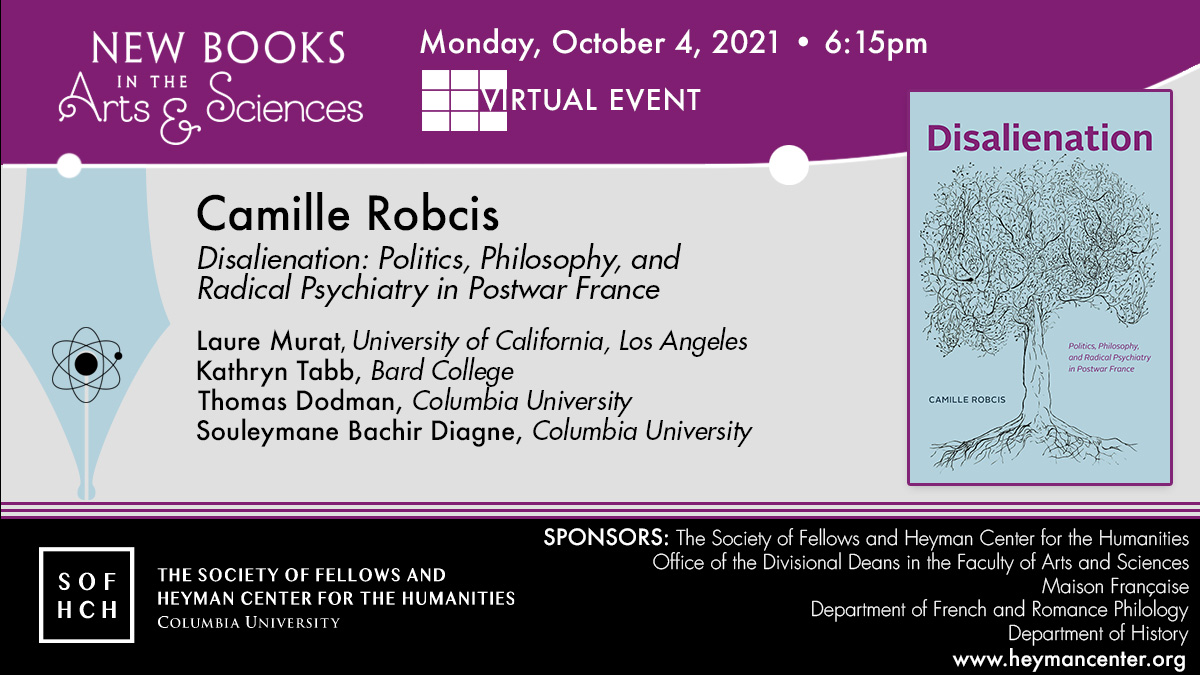 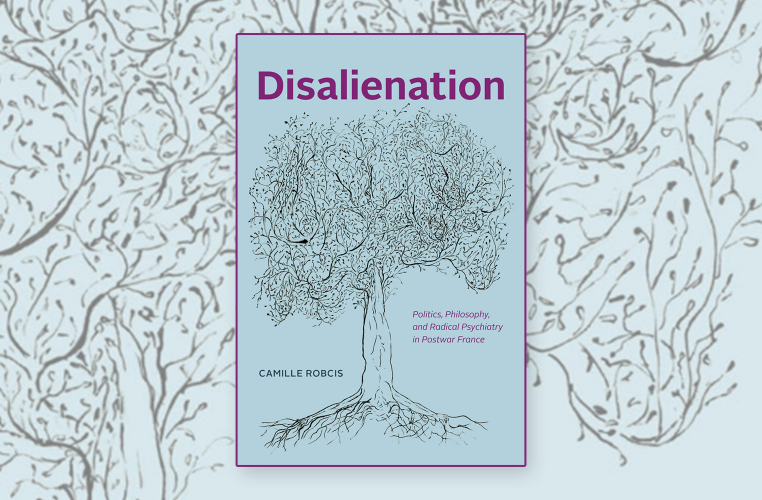 From 1940 to 1945, forty thousand patients died in French psychiatric hospitals. The Vichy regime’s “soft extermination” let patients die of cold, starvation, or lack of care. But in Saint-Alban-sur-Limagnole, a small village in central France, one psychiatric hospital attempted to resist. Hoarding food with the help of the local population, the staff not only worked to keep patients alive but began to rethink the practical and theoretical bases of psychiatric care. The movement that began at Saint-Alban came to be known as institutional psychotherapy and would go on to have a profound influence on postwar French thought.

In Disalienation, Camille Robcis grapples with the historical, intellectual, and psychiatric meaning of the ethics articulated at Saint-Alban by exploring the movement’s key thinkers, including François Tosquelles, Frantz Fanon, Félix Guattari, and Michel Foucault. Anchored in the history of one hospital, Robcis’s study draws on a wide geographic context—revolutionary Spain, occupied France, colonial Algeria, and beyond—and charts the movement’s place within a broad political-economic landscape, from fascism to Stalinism to postwar capitalism.

Please email disability@columbia.edu to request disability accommodations. Advance notice is necessary to arrange for some accessibility needs. This event will be recorded. By being electronically present, you consent to the SOF/Heyman using such video for promotional purposes.

Camille Robcis is Professor of History and French at Columbia University. She specializes in modern European intellectual history, with a focus on nineteenth- and twentieth-century France. Robcis is the author of The Law of Kinship: Anthropology, Psychoanalysis, and the Family in France. She is currently working on a new project, tentatively titled The Gender Question: Populism, National Reproduction, and the Crisis of Representation.

Laure Murat is the Director of the Center for European and Russian Studies at UCLA, and professor in the Department of French and Francophone Studies. She is the author of several books, including La Maison du docteur Blanche, Passage de l’Odéon, La Loi du genre, and L’Homme qui se prenait pour Napoléon, translated into English as The Man Who Thought He Was Napoleon.

Kathryn Tabb is Assistant Professor of Philosophy at Bard College. Her interests include philosophy of science and medicine, bioethics, psychopathology, American pragmatism, and the history of philosophy, especially early modern philosophy. Tabb is currently working on a monograph on John Locke, Agents and Patients: Locke’s Ethics of Thinking.

Thomas W. Dodman is Assistant Professor of French at Columbia University. His first book, What Nostalgia Was: War, Empire, and the Time of a Deadly Emotion explores how people once died of nostalgia in order to tell a larger story about social transformation and alienation in the eighteenth and nineteenth centuries. He also co-edits the French journal Sensibilités: histoire, critique & sciences sociales, and serves on the editorial board of Critical Historical Studies.

Souleymane Bachir Diagne is Director of the Institute of African Studies and Professor of French and of Philosophy at Columbia University. He is the author of African Art as Philosophy: Senghor, Bergson, and the Idea of Negritude, The Ink of the Scholars: Reflections on Philosophy in Africa, and Open to Reason: Muslim Philosophers in Conversation with Western Tradition. His book, Bergson postcolonial. L’élan vital dans la pensée de Senghor et de Mohamed Iqbal, is forthcoming.