A Roundtable on the publication of Guy Ortolano's Thatcher's Progress:  From Social Democracy to Market 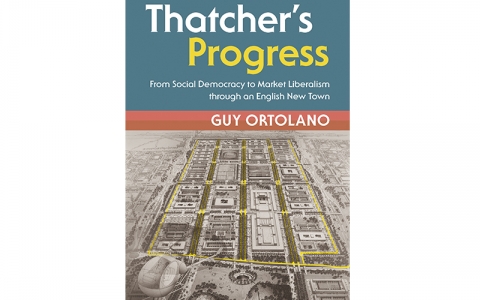 A Roundtable on the publication of Guy Ortolano’s
Thatcher’s Progress:  From Social Democracy to Market Liberalism through an English New Town

During the quarter of a century after the Second World War, the United Kingdom designated thirty-two new towns across England, Scotland, Wales, and Northern Ireland. Why, even before selling council houses or denationalising public industries, did Margaret Thatcher’s government begin to privatise these new towns? By examining the most ambitious of these projects, Milton Keynes, Guy Ortolano recasts our understanding of British social democracy, arguing that the new towns comprised the spatial dimension of the welfare state. Following the Prime Minister’s progress on a tour through Milton Keynes on 25 September 1979, Ortolano alights at successive stops to examine the broader histories of urban planning, modernist architecture, community development, international consulting, and municipal housing. Thatcher’s journey reveals a dynamic social democracy during its decade of crisis, while also showing how public sector actors begrudgingly accommodated the alternative priorities of market liberalism.

Guy Ortolano is a cultural and intellectual historian of modern Britain. He writes about subjects that recently enjoyed wide acclaim, only to have fallen dramatically out of favor: a novelist out of print, a critic out of fashion, an architecture widely loathed. By recovering the world in which these reputations once thrived, his work challenges some of the most pervasive interpretations of the modern era, from economic “decline” to the 1970s “crisis.” Ortolano’s new book, Thatcher’s Progress (Cambridge, 2019), follows the Prime Minister on a driving tour through the planned city of Milton Keynes on September 25, 1979 – a journey that reveals a dynamic welfare state during the decade of its purported crisis.

Matthew Hart, Associate Professor of English and Comparative Literature, specializes in twentieth and twenty-first century English literatures, with an emphasis on modernism, poetry, contemporary writing, and literary theory. He is also interested in connections between literature and the visual arts and between literary history and political history. Dr. Hart’s publications include Nations of Nothing But Poetry (Oxford U. P., 2010/2013) and, with Jim Hansen, Contemporary Literature and the State, a Special Issue of Contemporary Literature (2008). His new projects include a book, Extraterritorial: A Political Geography of Contemporary Fiction, forthcoming from Columbia University Press, and, with David Alworth, a special issue of ASAP/Journal, Site Specificity Without Borders (Fall 2017). Recent essays on contemporary literature and art are out or forthcoming in Criticism, Modern Fiction Studies, NOVEL: A Forum on Fiction, Public Books, The Oxford History of the Novel, and The Cambridge Companion to British Fiction, 1945-2010.

Thomas H. Bender is an American historian, specializing in urban history and intellectual history. He joined New York University in 1974 and has served there as University Professor of the Humanities since 1982. He contributes regularly to the press, with articles published in the New York Times, The Nation, Los Angeles Times, Chronicle of Higher Education, and Newsday, among others.

Susan Pedersen, Gouverneur Morris Professor of History, specializes in British history, the British empire, comparative European history, and international history.  Her book about the League of Nations and its impact on the imperial order, The Guardians:  The League of Nations and the Crisis of Empire, appeared from Oxford University Press in summer 2015.  In 2014, Pedersen founded a graduate training collaboration in Twentieth-Century British history with Guy Ortolano of NYU and Peter Mandler of Cambridge University. PhD students working in this field participate in regular dissertation workshops and book discussions across all three institutions.

Sponsors:
The Society of Fellows and Heyman Center for the Humanities
British Studies at Columbia