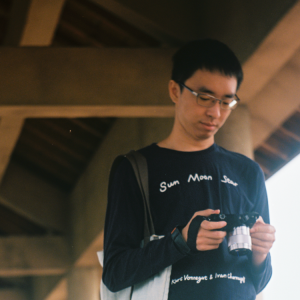 Yingchuan Yang is a doctoral candidate in the History-East Asia Program at Columbia University. He works at the intersection of knowledge (often in the form of science and technology), culture, and politics in China’s long twentieth century. His dissertation, “Revolution on Air: Mass Technology and the Demise of Chinese Socialism,” reveals the unexpected and fateful consequences when the Chinese socialist state actually achieved one of its goals. With a state-sponsored cultural enterprise that associated radio technology with industrialization and national defense, the masses were mobilized to partake in the production and circulation of radio gadgets and know-how. Backed by a socialist open-source culture, amateur technologists got to acquire and widely share the knowledge of self-assembling and self-modifying radio sets. While these unconventional ways of industrial and knowledge production underpinned the popularization of radio amid material scarcity, such democratization of technology and expertise helped victims of political campaigns circumvent Maoist social control. The socialist state’s success in promoting mass technology, in other words, contributed to its own downfall. By redirecting the scholarly attention on Chinese socialism away from its institutional organizations to its material base, this dissertation offers fresh perspectives of socialist China with an emphasis on previously ignored actors and through a technological lens. The research for this work has been supported by a Mellon Humanities International Travel Fellowship, the American Council of Learned Societies, the D. Kim Foundation for the History of Science and Technology in East Asia, and numerous Columbia internal grants.

His second major project explores the ideas and practices of design (sheji), as both a techno-aesthetic pursuit and a socioeconomic framework, in urban China from the 1930s to the 1990s. Other side projects are concerned with topics such as astrology, Legalist philosophy, and ornithology.

A native of Dongcheng, Beijing, Yingchuan received his B.A. in History (Highest Departmental Honors) with a minor in East Asian Studies from University of California, Los Angeles in 2016.