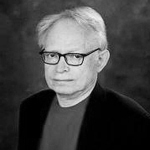 Richard Wortman, James Bryce Professor Emeritus of European Legal History, specializes in the history of imperial Russia. He received his B.A. from Cornell University and his Ph.D. from the University of Chicago. He taught at the University of Chicago from 1963 to 1977, and Princeton from 1977 to 1988, before coming to Columbia. His publications include The Crisis of Russian Populism (Cambridge University Press, 1967) and The Development of a Russian Legal Consciousness (University of Chicago Press, 1976). (Russian translation, NLO Press, 2004), Scenarios of Power: Myth and Ceremony in Russian Monarchy. Volume One: From Peter the Great to the Death of Nicholas I (Princeton University Press, 1995), Russian translation, (OGI Press,2002), and the second volume of the work From Alexander II to the Abdication of Nicholas II (Princeton University Press, 2000), (Russian translation, OGI Press, 2004), which was awarded the George L. Mosse prize of the American Historical Association. The two volumes of Scenarios were awarded the 2006 Efim Etkind prize of the St. Petersburg European University for the best western work on Russian culture and literature. In 2006, Princeton University Press published an abridged and revised one volume edition of Scenarios, Scenarios of Power: Myth and Ceremony in Russian Monarchy: From Peter the Great to the Abdication of Nicholas II. He has published two volumes of collected articles: Russian Monarchy: Representation and Rule (Boston, MA,  Academic Studies Press, 2013) and Visual Texts, Ceremonial Texts, Texts of Exploration: Collected Articles on the Representation of Russian Monarchy (Boston, MA, Academic Studies Press, 2014).  His most recent book is The Power of Language and Rhetoric in Russian Political History: Charismatic Words from the 18 to the 21st Centuries (London, Bloomsbury Press, 2017). In November 2007, Professor Wortman received the American Association for the Advancement of Slavic Studies' highest award for Distinguished Contributions to the Field of Slavic Studies.