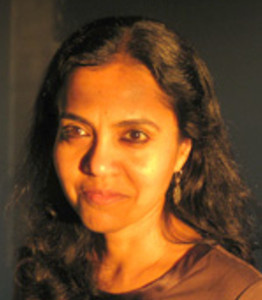 Kavita Sivaramakrishnan is a public health historian of South Asia with a focus on the politics of health, medicine and science in the global South. Her early research focused on the politics of ‘indigenous’ Ayurvedic medicine and its reconfiguring in a late colonial context in North India through claims and representations based on language and religion. She has also worked on social histories of epidemics and the role played by experts and scientific evidence, including the plague and its national and regional politics in South Asia. Her most recent research is on the global politics of aging, and her new book is titled, As the World Ages: Rethinking a Demographic Crisis (Harvard University Press, 2018). She is currently engaged in a new book project on the history of consumption and disease risks in South Asia. Kavita’s research traces the transformation of bodies, metabolisms and minds in South Asia over the past century that have redrawn the map of South Asia’s epidemiological and social history. She is also collaborating with David Jones (Harvard University) and writing a monograph on heart disease in India and the making of new networks of medical expertise that has been supported by an NEH grant; and works with Jennifer Manly on a research project on cultures of aging and cognitive decline in India and South Africa (based on a PSSN grant from the Center for Science and Society at Columbia University).

Prior to joining the Mailman School faculty as assistant professor of Sociomedical Sciences, Kavita was a David Bell Research Fellow at the Center for Population Studies and Development Studies at Harvard University and also was awarded the Balzan Fellowship for her work on social inequalities and health by University College London. Her training in history at Trinity College, Cambridge University and the Jawaharlal Nehru University and experience in archival work, policy debates and public health practice in the global South brings together a rich interdisciplinary perspective anchored in rigorous historical method.