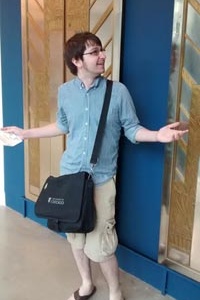 Josh Schwartz is a doctoral student in United States history, focusing on issues of class and culture in late 19th century American cities. Lately, he has been specifically focused on the history of illustration and visual culture at the turn of the century. He is also interested in the craft of historical writing, about which he has been known to complain bitterly.

Josh got his BA in History from the University of Chicago in 2013, where he wrote his thesis on the reconstruction of the city’s social hierarchy following the Great Fire of 1871. He has worked in archives at the Associated Press and as a freelance research assistant.

Outside of the classroom, Josh enjoys cooking around his various dietary restrictions, and fixing pretty much any broken thing he can get his hands on.