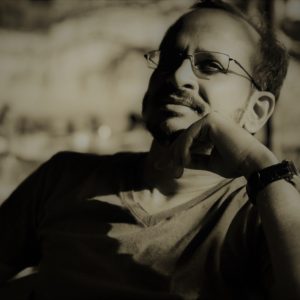 Rahul Sarwate is a graduate student in the History department, pursuing his PhD in South Asian history. His dissertation, Reimagining the Hindu Ethical Self: Caste, Untouchability and Hindu Theology in India, 1899-1948 interrogates the central contradiction between the ethical and political ways of being Hindu particularly through an examination of the interplay between the categories of Jati (caste), Bhakti (devotionalism) and Hindutva (Hinduness) in the Western Indian region of Maharashtra, from 1899 to 1948. He analyzes the emergence of an egalitarian Hindu ethic through an engagement with the interlocking hierarchies of caste, untouchability and gender that structured the modern Marathi public sphere. By challenging the centrality of colonial and legal registers in modern South Asian historiography, he seeks to locate the "Hindu self" along multiple vernacular invocations, religious traditions, and cultural formations.

His project identifies untouchables, women, anti-caste intellectuals, toilet cleaners, translators of Sanskrit texts and people who fasted unto death as crucial actors in this reimagination of the ethical Hindu self. He argues that the ethical value of Hinduism was inherently political and the universal idea of Hinduness did not emerge through a singular genealogy. He notes that it is in the assassination of Mahatma Gandhi in 1948, that the contradiction between the ethical and political aspects of Hinduness became momentous. Sarwate’s project is to write a long and complex history of this imperative moment that coincided with the dawn of independent India.

Rahul Sarwate grew up in Mumbai, India and studied Economics (B.A.) and Sociology (M.A.., M.Phil.) before turning to History for his Ph.D. Sarwate has been interested in questions of social construction of literary taste, power/knowledge relations in the non-western intellectual history, and reconnoitering modern Indian intellectual history through Indian languages.