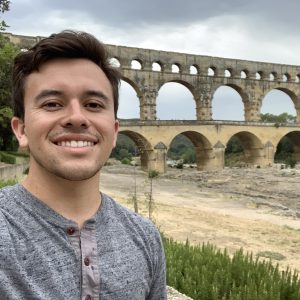 Heath Rojas is a PhD student in early modern European history and a Richard Hofstadter Fellow at Columbia University. His research focuses on the political and intellectual transformations of eighteenth-century France, especially the impact of deism in the Enlightenment and the French Revolution.

He holds a B.A. in history and a B.A. in French from Stanford University, where he graduated with Honors and Distinction. Under the guidance of Professors Dan Edelstein and Keith Baker, Heath wrote an Honors Thesis entitled “The Power of the Executive: Redefining Monarchical Authority in the First Three Years of the French Revolution,” which was awarded the Robert M. Golden Medal for excellence in the humanities and the creative arts. In 2018, he was awarded the Raymond J. Cunningham Prize by the American Historical Association for the best article published in a journal written by an undergraduate student. In 2020, he was the recipient of the Jerrold Siegel Fellowship from The Consortium for Intellectual and Cultural History.

From 2020-2021, Heath was an instructor at the Stanford Summer Humanities Institute, where he served as a Teaching Assistant for the course “Revolutions.” Additionally, in 2022 he helped oversee Columbia’s Undergraduate Senior Thesis Fellowship for Research in European Archives.