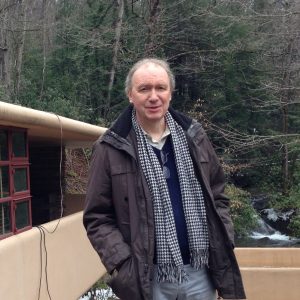 Professor Richard Billows specializes in Ancient Greek and Roman History, with particular interests in the so-called Hellenistic Era (ca. 330 to 30 BCE) and the Roman Republic in its later phase (ca. 220-27 BCE); though recently his interests have also come to include the origins of Christianity in the first two centuries CE. Professor Billows regularly teaches the Columbia College core curriculum class “An Introduction to Contemporary Civilization in the West” and an introductory lecture course on “The Ancient Greeks”, in addition to a variety of more specialized courses on aspects of Greek and (sometimes) Roman history. Professor Billows was for many years the Chair of the Graduate Interdepartmental Program in Classical Studies.

Besides a variety of articles, papers, and book chapters on specialized topics in Greek and Roman history and Greek epigraphy, Professor Billows' major publications are:

Antigonos the One-Eyed and the Creation of the Hellenistic State (U California Press, 1990)

The Hellenica Oxyrhynchia (text, translation and commentary) for Brill's New Jacoby, no. 66 (Brill, 2016)

Before and After Alexander: The Legacy and Legend of Alexander the Great (Overlook/Duckworth, 2018)