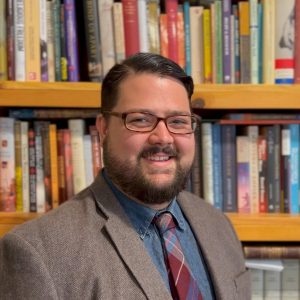 T. Wyatt Reynolds is a doctoral student in the Department of History at Columbia University, and he is a citizen of the Chickasaw Nation. He works broadly at the intersection of critical Indigenous studies, history of the Early Republic, and religious and intellectual history. More specifically, he studies Native American intellectuals in the Early Republic and the arguments they made as they struggled to hold onto their ancestral lands in the face of aggression from the United States empire. Before coming to Columbia, he received his Bachelor’s in history from Washington University in St. Louis and a Master’s in religion from Yale Divinity School where he was also affiliated with the Institute of Sacred Music. When not in the archive or studying, he enjoys weightlifting, hiking, writing poetry, and cooking.