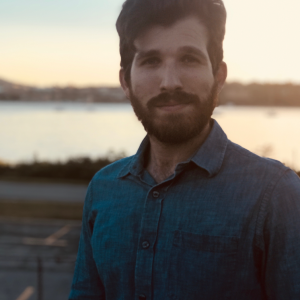 Jason Resnikoff, Core Lecturer, specializes in US labor history, intellectual history, and the history of technology. His forthcoming book, Labor’s End: How the Promise of Automation Degraded Work, explores the ideological origins of automation in the US in the middle of the twentieth century. His work has appeared or is forthcoming in Labor, International Labor and Working-Class History, Tropics of Meta, Western Humanities Review, Paris Review, and the Encyclopedia of American Recessions and Depressions. He is also affiliated with Columbia University’s American Studies Department where he advises undergraduate senior theses, as well as Columbia’s Justice in Education initiative through which he has taught incarcerated students. He was formerly an organizer for the United Auto Workers.

“The Paradox of Automation: QWERTY and the Neuter Keyboard” Labor (forthcoming).

“The Problem with Postwork: Work and the Work Ethic as Units of Historical Analysis,” International Labor and Working Class History, Volume 94, Fall 2018.

“The Bad Ivy: Columbia and the Long Struggle for Graduate Student Employee Rights,” Tropics of Meta, May 5, 2018

“The Thin End of the Wedge: Faculty House, Columbia University, and the Future of Higher Education in the United States of America” Tropics of Meta, March 25, 2013