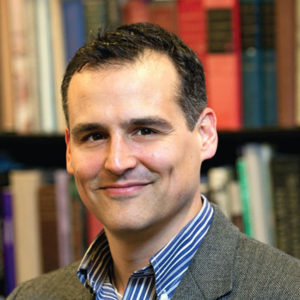 Dr. Ratzan is currently the Head of the Library at the Institute for the Study of the Ancient World at New York University. His research focuses on the social history of the Greek and Roman worlds, particularly as seen through papyri. His publications include two edited volumes, Growing up Fatherless in Antiquity (with Sabine Huebner; Cambridge University Press, 2009) and Law and Transaction Costs in the Ancient Economy (with Dennis Kehoe and Uri Yiftach-Firanko; University of Michigan Press, 2015). Dr. Ratzan is also a founding member of the Ancient Ink Laboratory in the Center for Integrated Science and Engineering at Columbia University, a interdisciplinary working group investigating the chemical composition and history of ancient inks via Raman spectroscopy.

“Transaction Costs and Contract in Roman Egypt: A case study in negotiating the right of repossession.” In Kehoe, D. P., Ratzan, D. M., and Yiftach, U., eds. (2015) Law and Transaction Costs in the Ancient Economy (University of Michigan Press): 185-230.