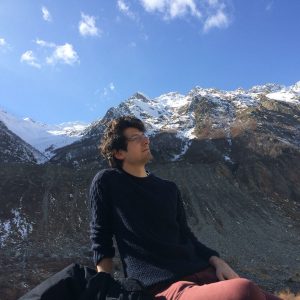 James Nadel is a PhD student working on Russian-Jewish, Russian imperial and Soviet history. His research thus far has focused on Yiddish speaking communities throughout the Russian Empire – from Odessa to Vilnius to Baku, Azerbaijan. By examining such groups he hopes to investigate the connections between cultural self-identification, migration and imperial modes of governance at the turn of the 20th century.

Before coming to Columbia, James received his B.A. in History from the University of Michigan. He was a Fulbright English Teaching Assistant in Baku during the 2017-2018 school year. You can find some of his translations of the Yiddish poet Abraham Sutzkever here