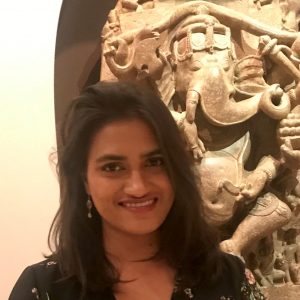 Sayantani Mukherjee is a Ph.D. candidate in International and Global history at Columbia University. She specializes in the history of science and statecraft in South and East Asia, with broader research and teaching interests in scientific theory, social and economic history, transnational history, and labor theory. Her dissertation, titled “Between Two Worlds: British India, Qing China and the Technologies of Empire-Making in Tibet in the Nineteenth Century”, investigates the creation of imperial epistemes governing the production of geographical knowledge through the standardization of mapping and surveying practices in the 1840s through the 1920s. Drawing on archival research in multiple languages and sites across India, England, Taiwan and China, including Tibet, her project foregrounds the coercive socio-technological discourses employed by British India and Qing China in exploring, identifying, and spatially constituting Tibet. Her work has been supported by Columbia University’s Richard Hofstadter and Kluge Fellowships, the Sasakawa Foundation, and the U.S. Department of Education’s Foreign Language and Area Studies Fellowships for research and language study.

Prior to coming to Columbia, Sayantani earned her undergraduate, masters and MPhil degrees in India at Delhi and Jawaharlal Nehru Universities. Originally from Delhi, Sayantani initially trained as a professional Bharatanatyam dancer for twenty years before switching to academia full-time. Her interest in China-India history was sparked whilst living in a Tibetan Buddhist nunnery the year after she graduated from high school. She likes to claim she nearly never left because she loved the scholarly community and the quiet, and finds it a strange and recursive parallel to have ended up in another university system (sans the robes and monastic vows).