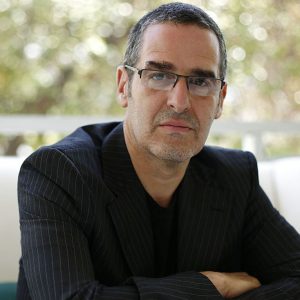 Mark Mazower, Ira D. Wallach Professor of History, specializes in modern Greece, 20th-century Europe, and international history. His current interests include the history of the Greek war of independence, and the historical evolution of the Greek islands in the very long run. He comments on international affairs and reviews books for the Financial Times, the Nation, the London Review of Books, the New York Review of Books and others. In 2016 he made a film Techniques of the Body, a meditation on the refugee crisis in Greek history, with director Constantine Giannaris. He is currently exploring the theme of the unburied dead with theater director Theodoros Terzopoulos. His most recent book is What You Did Not Tell: A Russian Past and the Journey Home (Other Press, 2017), a family history. He is founding director of the Columbia Institute for Ideas and Imagination, which opened at Reid Hall in Paris in fall 2018 and which brings together scholars with leading artists, writers, composers and film-makers from around the world.

What You Did Not Tell: A Russian Past and the Journey Home

Governing the World: The History of an Idea

No Enchanted Palace: The End of Empire and the Ideological Origins of the United Nations

After the War was Over: Reconstructing the State, Family and the Law in Greece, 1943-1960

The Policing of Politics in Historical Perspective

Greece and the Inter-War Economic Crisis