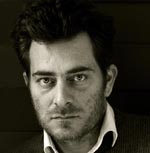 Before coming to Columbia University, he studied and worked in Italy, France, Germany, and the UK. His main interests lie in the social and economic history of the ancient world. Both in his research and in his scholarly output he combines theory and evidence. He has published widely on economic, administrative, and archaeological topics from the Archaic period to Late Antiquity. His monograph Res Caesaris (2012) is a comprehensive treatment of the economic role and relevance of imperial estates during the Principate. He is now working on a second book about the scale of the urbanization rate in Italy and its changes from the Roman unification to the Lombards. He is also co-editing Villamagna, a monograph of the British School at Rome on the archaeological project he field-directed in the past. Moreover, he is the editor of theOxford Handbook of Pre-Roman Italy (publication expected in 2016) and the co-director of the Advanced Program of Ancient History and Art (APAHA), an innovative summer program on the archaeology, history and art history of ancient Italy, jointly sponsored by Columbia University and H2CU, the Honor Center of Italian universities.

He is currently on leave as recipient of a Humboldt Fellowship for Advanced Researchers and a Gerda Henkel-Marie Curie Fellowship.