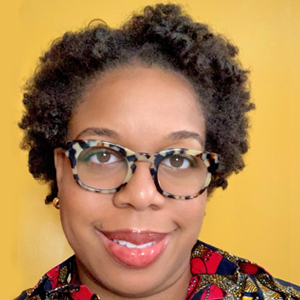 “History Can and Should Help Us Understand the Present,” Room For Debate, The New York Times online, 6 June 2016.

“A Transnational Sense of “Home”: Twentieth-Century West Indian Immigration and Institution Building in the Bronx,” in Afro-Americans in New York Life and History, 33 (2009), 25-46.

"If Not Now, When?: Lessons Learned from GSOC'S 2005-6 Strike," in The University Against Itself: The NYU Strike and the Future of the Academic Workplace, eds. Monika Krause, Mary Nolan, Michael Palm and Andrew Ross (Philadelphia: Temple University Press), 149-161.

"The History of Mary Prince as a Historical Document of Slavery in Antigua and the British Empire," inAntigua & Barbuda International Literary Festival Magazine, no. 2, 28-32.

"Sunday Marketing, Contestations over Time, and Visions of Freedom among Enslaved Antiguans after 1800," in The C.L.R. James Journal: A Review of Caribbean Ideas, Vol. 12, no. 1.