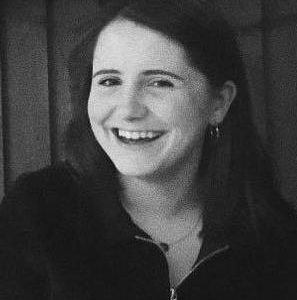 Lynton Lees is a PhD candidate in modern European history. Her dissertation, “Democracy’s children: education, citizenship, and the totalitarian challenge to Britain and its empire, 1932-1950”, is an intellectual and political history, revealing how existential threats to democracy posed by totalitarian regimes caused liberals in Britain to reimagine education as a tool to produce democratic citizens. Her research traces the development and dissemination of these ideas in metropolitan Britain, to postwar West Germany, and to Britain’s former settler-colonies, as well as the exclusion of Britain's non-white colonies from these blueprints for self-governance.
Lynton's work has been supported by the North American Conference on British Studies (NACBS), the Kathleen M. Gash Fellowship in British History and the Institute for Israel and Jewish Studies at Columbia. She was offered the Fulbright All-Disciplines Postgraduate Award in 2017. She is the administrative assistant for the New York-Cambridge Teaching Collaboration in twentieth century British history.

Lynton has taught for classes in modern British history (1760-present) and modern German history at Columbia. In 2019/2020 she was the department's Lead Teaching Fellow, coordinating the department's TA training and regular pedagogical programming for graduate students and faculty. She previously ran the Access and Outreach department at Christ Church, University of Oxford. As an undergraduate she founded Oxford First Generation Students, the first society in the UK to support students who are the first in their family to attend university, and represented the organisation in several press and media appearances. She remains passionate about broadening access to higher education and promoting educational opportunities for young people from disadvantaged backgrounds. She is originally from Lancaster, UK.