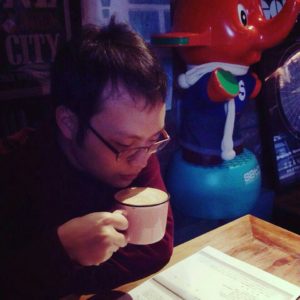 Mengheng is a Ph.D. student in pre-modern Korean history. His research interests include social, legal, and political history of Chosŏn Korea (1392-1910) and contemporary Korean historiography. He also specializes in early modern Sino-Korean relations (Ming-Qing-Chosŏn relations). In his M.A. thesis, Mengheng discussed border-crossing issues between Chosŏn and Manchu in the early 17th century, dealing with the repatriation of ukanju and Manchu-Chosŏn relations. Now he is working on examining the formation of the borderland between Qing and Chosŏn, and the social status system of Chosŏn. Before joining Columbia, he received both his B.A. (2011) and M.A. (2015) in Department of History at National Taiwan University and spent one year at Korea University, Korea (2013-2014) for his personal research.