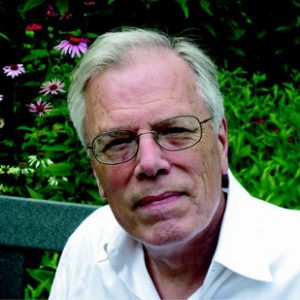 William Leach, professor emeritus, specializes in modern American cultural history. He received his B.A. from Rutgers (1965) and his Ph.D. from the University of Rochester (1976). His publications include: Butterfly People. An American Encounter With the Beauty of the World (2013); Country of Exiles: The Destruction of Place in American Life (1999); Land of Desire: Merchants, Power, and the Rise of a New American Culture (1993); and True Love and Perfect Union: The Feminist Reform of Sex and Society (1980). He is currently researching two books. The first examines the impact of technology on the American countryside, with emphasis on modern times.  The second is a biography of Will Doherty (1857-1901), the foremost tropical collector of butterflies, birds, and other creatures, in American history.

Land of Desire was a finalist for the National Book Award in 1993 and received the Herbert Hoover Book Award, granted by the Herbert Hoover Presidential Library.  He has been awarded fellowships from the Guggenheim Foundation, the Woodrow Wilson International Center for Scholars, the National Endowment for the Humanities, and  the New York Institute for the Humanities at NYU.