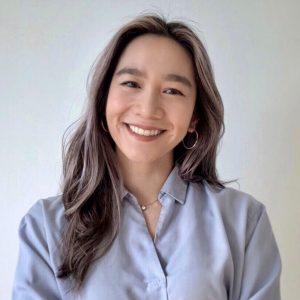 Adrienne Minh-Chau Le is a PhD candidate in international history with a focus on Vietnam and the United States in the twentieth century. Her research examines the southern Vietnamese Buddhist movement in the context of the global Cold War and decolonization.

Born to Vietnamese refugees and raised in North Carolina, Adrienne received her BA in History from Yale University in 2014. She was awarded the Andrew D. White Prize - recognizing the best senior essay on third-world history - for her thesis on changing ideas of Vietnamese femininity, morality, and patriotism during the French colonial era. Before starting her doctoral studies at Columbia, she worked for four years as a digital campaigner and nonprofit strategy consultant in New York City -- collaborating with a range of organizations on refugee resettlement, women's rights, gun reform, creative technology, and civic participation.

Adrienne’s work has been supported by the Paul & Daisy Soros Fellowship for New Americans and the Weatherhead East Asian Institute at Columbia. She is a contributing author in the upcoming Cambridge History of the Vietnam War (Cambridge University Press, 2023) and Republican Vietnam, 1963-1975: War, Society, Diaspora (University of Hawai’i Press, 2023).