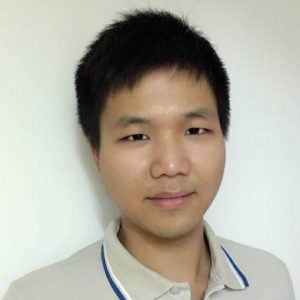 Ling-wei Kung is a Ph.D. candidate in modern Chinese and Tibetan history. His research interests center on international legal practices and global economic exchanges between China and Inner Asia during the 18th-20th centuries. He is also broadly interested in Tibetan Buddhism, Islam, and comparative philology (Manchu, Mongolian, and Tibetan). His dissertation project, “Intelligence Collection, Trans-Regional Trade, and International Relations between China and Inner Asia, 1697-1921,” discusses how the transmission and the integration of geographic information in various Inner Asian languages shaped Qing China’s world order. His works and CV are available on his personal website.

Ling-Wei received a B.A. in History from National Taiwan University (2012), and his M.A. in Chinese and Tibetan Studies from Columbia University (2015). Before coming to New York City, he stayed in Beijing, where he studied Chinese and Inner Asian history, as well as Manchu, Mongolian and Tibetan at Renmin and Peking Universities for two years.

Ling-Wei is the founder of the International Research Group of the Qing dynasty and Inner Asia. He organized three conferences in Academia Sinica (Taiwan, 2015), Renmin University (China, 2016), and Columbia University (US, 2017) on behalf of the group. He is also an active newspaper columnist.