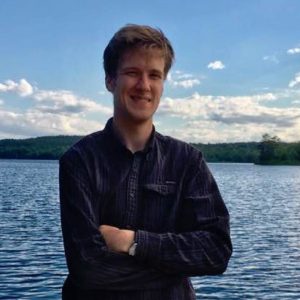 Randal Grant Kleiser (Grant) is a Ph.D. candidate in history at Columbia studying commerce and commercial reforms in the eighteenth-century Atlantic world. He is currently working on a dissertation that explores the origins of the Spanish, British, and French free port system in the West Indies during the 1750s-1760s when these powers opened up several ports in the region to limited trade with foreign powers. Grant is conducting research with an eye to this movement’s international intellectual origins, economic and geopolitical context and results, and subsequent reactions to it by political-economists, imperial reformers, and American revolutionaries.

“Teaching the Caribbean in the Era of Vast Early America,” a Guest Post for The Junto (December 10, 2019): https://earlyamericanists.com/2019/12/10/guest-post-teaching-the-caribbean-in-the-age-of-vast-early-america/

“We Need to Re-think Our Characterization of Trump’s Trade War, and ‘Mercantilism’ Just Doesn’t Cut It,” in The History News Network (February 10, 2019): https://historynewsnetwork.org/article/171032

Undergraduate Thesis: A Gold Ounce for Every Throat Cut: The Development of Peace between Spain and Portugal in the Banda Oriental, 1750-1801 (2017): published on Penn’s International Relations thesis database.

Common Nonsense: The Surprising Role of Penn, Columbia, and William and Mary in the Atlantic Revolutionary Era. Written for the University of Pennsylvania Archives and Records Center (2016): https://archives.upenn.edu/exhibits/penn-history/common-nonsense

In addition to his research, Grant works as a Teaching Assistant in Columbia's history department. He has also tutored US, European, and Global history for the AP and Regents Exam. In his graduate career, Grant has also been the Columbia Graduate History Association's social co-chair and an organizer for Columbia’s European History and Politics Workshop.