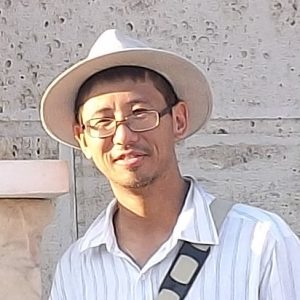 John Ma joined the Department in 2015, after working at Corpus Christi College and the Faculty of Classics at Oxford for fifteen years. Before that, he worked in the Classicss Department at Princeton (during which period he lived in New York). He received a B.A. (Literae Humaniores) and D.Phil. (Ancient History) from Oxford University. His main interests lie in the history of the ancient Greek world and its broader context (including the ancient near-east). Within Greek history, he is particularly interested in the handling of epigraphical and archaeological evidence, historical geography, and the complexities of the Hellenistic world. His research tries to combine philological attentiveness (especially in the case of Greek inscriptions), interpretive awareness (for literary but also documentary evidence), groundedness in materiality and concrete space, and a feeling for legal, social and economic realities.