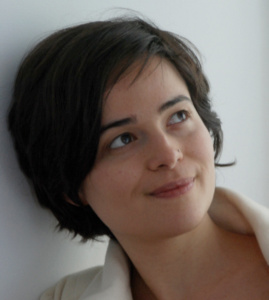 I am interested in the history of nature and standards: how the historical moments in which people tried to define nature made them redefine humanity, too?

My work examines the ways in which people constructed, regulated and standardized non-human factors (the environment and animals) through science, policy and ethics in the 20th century.

My dissertation explores the emergence of nutritional science in Britain and its empire, and how the birth of a new scientific discipline imposed new standards for human usage of the natural world and Britain’s role in world politics. I examine a series of research projects in human and animal nutrition from 1909 to 1945 vis-à-vis international and imperial planning. These topics include: experimental farming in the metropole and the empire, post WWI humanitarian-scientific research into rickets in Vienna, international biological standardization of vitamins, scientific regulation of milk in women and cows, the development of home-economics food sciences and the involvement of American foundations in British and European scientific networks.

Prior to this research project, I studied the history of Mandate Palestine as a case study for British inter-war environmental policies. I examined human-animal divide in Palestine and the emergence of British animal charity organizations in the region, with regards to national tensions and imperialism. This research brought together documents in English, Hebrew and Arabic and presented the intersection of law and nature.

For the 2018-2019 academic year I am a Heyman Center Fellow, and part of the Environmental Sciences and Humanities research group of Columbia Center for Science and Society.
Since 2014, I have been part of the New York–Cambridge Training Collaboration in modern British history.

My fields of interest include International History, British History, and Science and Technology Studies (STS). I also completed the qualification exam and taught in the field of Modern Middle East.

- The Cultural History of Food in Modern Europe

In spring 2019 I will offer an undergraduate seminar that I designed for Columbia College students entitled “Political Animals: Animals and the State in Modern European History”. The course explores European politics from the French Revolution to the collapse of the USSR as a more-than-human phenomena. Students are welcome to email me and request a copy of the syllabus.

- Workshop organizer: “Knowing through Animals: The Animal Turn in History of Science”, February 2019, Columbia University. The workshop was awarded grants from both the Columbia Center for Science and Society and Columbia History Department.

My literary writing (in Hebrew) has been published in Petel, Hotem and You Are Here.