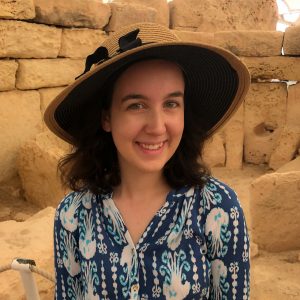 Emily Hawk is a PhD student in the Department of History. Her research centers on
20th century American dance and cultural history. She is particularly interested in how choreographers and audiences address and interpret American national identity, and how dance practice and performance more broadly reflect sociocultural attitudes and phenomena. Her current projects investigate American choreography produced during the period of urban renewal in New York City and performative representations of the U.S. Presidents in the aftermath of the Watergate crisis. She also serves as a convener of the graduate Intellectual and Cultural History Workshop.

Emily would be happy to speak with prospective history applicants or anyone interested in her work and can be reached at eah2201@columbia.edu.