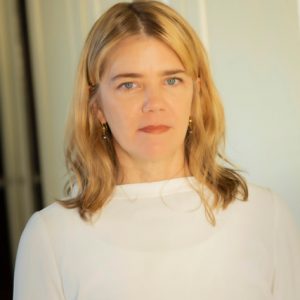 Hilary A. Hallett is the Mendelson Family Professor and Director of American Studies and associate professor of History where she teaches modern American cultural and social history. Her areas of specialization include women and gender history; histories of popular and mass culture in transatlantic perspective; and histories of American culture industries, particularly theater, music, film, and Hollywood's history. She is interested in mass media’s relationship to social change, and to the big stories they tell about America and Americans over time.  She has written for popular outlets like the Los Angeles Times, appeared on radio and television, and worked as an historical consultant for film and television, most recently a forthcoming miniseries about actress and scientist, Hedy Lamarr.

Her second book, Inventing the 'It Girl'; The Life & Times of Elinor Glyn explores the
influence of the British socialite and celebrity author who founded the modern
'sex novel' and taught early Hollywood how to depict heterosexual passion on
screen (due out with Norton- Liveright, summer 2022).

“A Mother to the Modern Girl: Elinor Glyn and Three Weeks,” Journal of Women’s History (Aug. 2018).