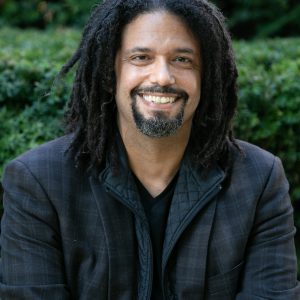 Frank A. Guridy specializes in sport history, urban history, and the history of American social movements. His recent book, The Sports Revolution: How Texas Changed the Culture of American Athletics (University of Texas Press, 2021) explores how Texas-based sports entrepreneurs and athletes from marginalized backgrounds transformed American sporting culture during the 1960s and 1970s, the highpoint of the Black Freedom and Second-Wave feminist movements. His first book, Forging Diaspora: Afro-Cubans and African Americans in a World of Empire and Jim Crow (University of North Carolina Press, 2010), won the Elsa Goveia Book Prize from the Association of Caribbean Historians and the Wesley-Logan Book Prize, conferred by the American Historical Association. He is also the co-editor of Beyond el Barrio: Everyday Life in Latino/a America (NYU Press, 2010), with Gina Pérez and Adrian Burgos, Jr. His articles have appeared in Kalfou, Radical History Review, Caribbean Studies, Social Text, and Cuban Studies. His fellowships and awards include the Scholar in Residence Fellowship at the Schomburg Center for Research in Black Culture and the Ray A. Billington Professorship in American History at Occidental College and the Huntington Library. He is also an award-winning teacher, receiving the Regents’ Outstanding Teaching Award from the University of Texas at Austin, and, more recently, the Mark Van Doren Award for Teaching at Columbia. His current book project, Between Conflict and Community: The Stadium in American Life, tells the story of the American stadium as a community institution that has been a battleground for social justice since its inception.

The Sports Revolution: How Texas Changed the Culture of American Athletics (Austin:
University of Texas Press, 2021).

Forging Diaspora: Afro-Cubans and African Americans in a World of Empire and Jim Crow (The University of North Carolina Press, 2010)

“Kelly Loeffler’s Sale of the Atlanta Dream shows the “Stick to Sports” Era is Over,” NBC
News, March 2, 2021

“What’s Good for Boyle Heights has been Good at the Los Angeles Coliseum,” Kalfou: A Journal of Comparative and Relational Ethnic Studies 4 (2017), 83-99.