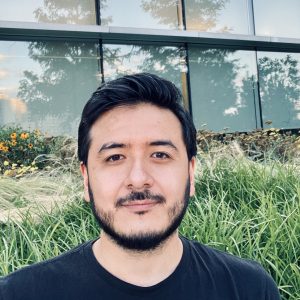 Andrei Guadarrama is a P.h.D. candidate in history at Columbia University. He is interested in the political economy of urban infrastructure and the reproduction of inequality in modern cities. His dissertation, “Circuits of Power: Transportation, Real Estate, and the Politics of Urban Development in Mexico City, 1880-1980” examines how private urban developers exercised their economic and political power to build tramways and roads that would create opportunities for property development, becoming central albeit neglected factors in the model of national modernization that prioritized an urban economy over a countryside deprived of resources.

In addition to his dissertation research, Andrei is collaborating in a documentary on housing justice and the politics of working-class neighborhoods in Mexico City.

Andrei has taught for classes on Colonial and Modern Latin America, Ancient Egypt, and the social history of sports in the Americas at Columbia. Before coming to New York, Andrei taught social sciences and humanities to adult high-school students in Mexico. Between 2015 and 2017, he was a research assistant at the Dr. José María Luis Mora Research Institute, where he worked for projects on the oral history of the Left, exile, and photojournalism in Latin America.