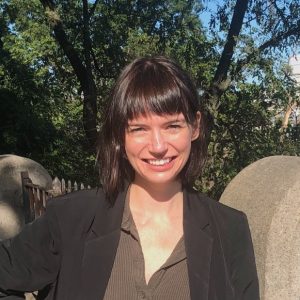 Alice studies the history of the British empire in the late-nineteenth and early twentieth centuries. She is particularly interested in the political and intellectual currents that underpinned land and resource expropriation in settler colonies known for their production of staple agricultural goods. Her work seeks to bring together a large body of scholarship on nineteenth-century liberal political economy with an in-depth exploration of the realities of life on the ground for farmers, agricultural laborers, and Indigenous peoples in farming towns across the British dominions.

She wrote her undergraduate honors thesis on gender, race, and class during British Columbia’s nineteenth-century gold rushes and continues to study these themes, albeit in a different industry. Alice is also interested in traditionalist arts movements, agrarian intellectuals, rural life, and religious politics in Britain and the British empire between 1870 and 1918.