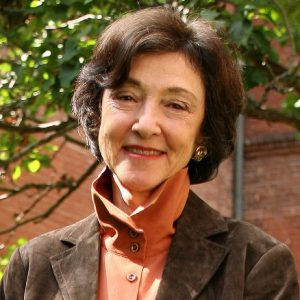 Carol Gluck, George Sansom Professor of History. She specializes in modern Japan, from the late nineteenth century to the present; international relations; World War II, and history-writing and public memory in Asia and the West. She received her B.A. from Wellesley (1962) and her Ph.D. from Columbia (1977).  She is a fellow of the American Academy of Arts and Sciences and the American Philosophical Society; former President of the Association for Asian Studies; currently co-chair of the Trustees Emeriti of Asia Society and member of the Board of Directors of Japan Society. She is a founding member and now chair of Columbia's Committee on Global Thought.

Asia in Western and World History (1997)

Words in Motion: Toward a Global Lexicon (2009)

Shishoshi toshite no gendai  [Thought and Society in Contemporary Japan] (2016)

Thinking with the Past: the Japanese and Modern History (2017)

Past Obsessions: World War Two in History and Memory (forthcoming)

“Kindai Nihon ni okeru ‘sekinin’ no hen’i [Changes in the understanding of “responsibility” in modern Japan], in Shisoshi toshite no gendai Nihon , 2016.

“The Far Outside and the Deep Within: More Novels on World War II,” Public Books May. 2015.