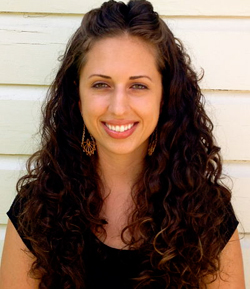 Angela Giordani is a third-year PhD student in the Columbia History Department and Institute for Comparative Literature & Society (ICLS) working in modern Middle Eastern history and Arabic intellectual history. Prior to Columbia, she majored in Arabic, English and Islamic Studies at the University of Texas at Austin. As an Arabic Flagship Scholar, she studied and researched in Egypt and Syria for over a year, in addition to receiving training in Arabic language instruction at UT, where she taught intermediate and advanced Arabic classes for over two years.

A student of 20th century Arabic thought and literature, Angela is interested in global intellectual and concept history. She has worked on post-1967 trajectories of the Arab Left and, in this vein, wrote her undergraduate thesis on a generation of Egyptian post-colonial Marxist nationalists who remade themselves as neo-Islamists in the 1970s and 1980s. Her current project explores the remaking of philosophy (falsafa) as a discipline, concept and canon in 20th century Egypt and beyond.

A true Austinite, Angela enjoys few things more than live music and good food, the latter of which she occasionally writes about. She also works as an editorial assistant for the Journal of Arabic Literature (JAL).