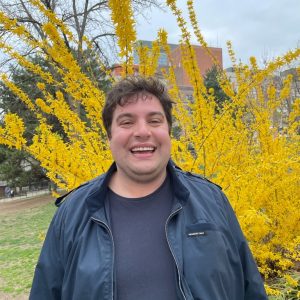 Aaron Freedman (he/him) is a PhD student studying 20th century American history, with an interest in labor, class, and political economy. Before coming to Columbia he worked in communications and journalism, and has published reporting and essays in The Washington Post, The American Prospect, The Nation, Jewish Currents, and elsewhere.

Freedman holds a BA in History from Swarthmore College.