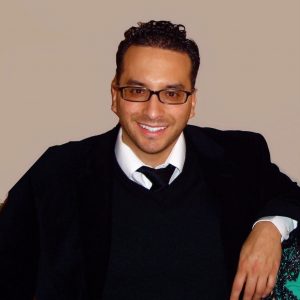 Darius V. Echeverría, Lecturer, is a historian of the American ethnic experience since the Post-Reconstruction era, and its relationship to the twentieth and twenty-first century world(s).  His teaching, scholarship, and public engagement focuses on comparative studies in race and ethnicity as well as Latinx social and cultural history; Mexican American history; the American Presidency in historical perspective; baseball studies; and the making of the modern Latinx/a/o diaspora; with particular interests in Latinx inequality, social movements, conflicts over race and constitutional rights, electoral participation, and the conjunction of film and television history. He is the author of Aztlán Arizona: Mexican American Educational Empowerment, 1968-1978 (University of Arizona Press, 2014), a history of the Chicano Movement in Arizona during the 1960s and 1970s.  Furthermore, he has produced numerous publications, including book chapters, edited works, journal articles, essays, and digital content on not only the culture, history and life of Latinx communities, but on the broader American experience. He is currently carrying out research for his next book project while also collaborating with other scholars through an assortment of academic projects and research publications.

At Columbia, he is, moreover, associated with the Center for the Study of Ethnicity and Race, where he leads the Senior Project Seminar for CSER. This course is designed to develop and hone the skills necessary to complete an advanced senior research project. In addition to his teaching responsibilities, he serves as an undergraduate academic dean for Columbia College and the Fu Foundation School of Engineering and Applied Science.  Dr. Echeverría is also a Lecturer II faculty member for the Department of History and the Department of Latino and Caribbean Studies at Rutgers University—New Brunswick; a position he has held since 2006.

He has extensive background in the political arena having served as a political aide to New Jersey and federal government-appointed and elected officials, including the New Jersey Governor’s Office and presidential and senatorial administrations.  He holds several leadership positions in national, statewide, regional, and university organizations, advisory councils, government task forces, and editorial boards. He also served as a guest curator and resident historian at the Newark Public Library in New Jersey.  He has held his appointment at Columbia University since 2013.  He is a historian, public speaker, writer, editor, and onscreen commenter specializing in the Latinx experience in American popular culture.