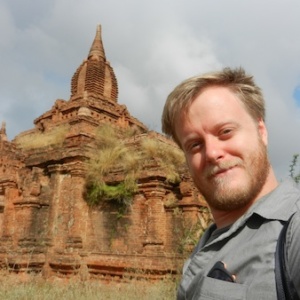 Clay Eaton received his B.A. from Lewis & Clark College in 2007, where he studied International Relations, History, and Japanese. Before beginning his graduate studies he spent two years teaching English in Hyogo, Japan. He began working on his PhD at Columbia in 2010. His MA Thesis (2012) addressed the construction and public use of three monuments built in Singapore under British, Japanese, and PAP rule. His dissertation focuses on social policies implemented by the Japanese administration of Singapore during the Second World War. Using Japanese, Chinese, and Malay sources, he studies both the intricacies of Japanese policy-making and diverse local responses to the administration’s initiatives.