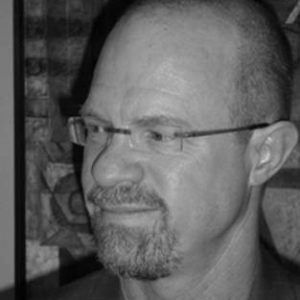 Alan Dye is Professor of Economics (Economics, Barnard College) specializing in the economic history of Latin America and the Caribbean. He joined the Barnard faculty in 1995. He has also held visiting positions at Yale University, the University of Michigan, and the Universidad de Carlos III de Madrid. He specializes in economic history and institutions with emphasis on Latin America. He has a B.A. from Texas Tech University, and a Ph.D. from the University of Illinois. Selected publications include Cuban Sugar in the Age of Mass Production: Technology and the Economics of the Sugar Central, 1899-1929 (Stanford University Press, 1998); "The Institutional Framework," in Victor Bulmer-Thomas, John Coatsworth, and Roberto Cortes Conde, eds., The Cambridge Economic History of Latin America, vol. 2 (Cambridge University Press, 2006); "The US Sugar Program and the Cuban Revolution," Journal of Economic History 64.3 (2004). Professor Dye's teaching includes courses in the economic history of Latin America and Western Europe, and institutional economics applied to organizations, innovation and political economy. His current research focuses on the political economy of the institutions of trade protection and imperialism, with a current project on the relationship between prerevolutionary Cuba and the United States.

Cuban Sugar in the Age of Mass Production: Technology, and the Economics of the Sugar Central, 1899-1929. Stanford University Press, 1998.

"The Interwar Shocks to U.S.-Cuban Trade Relations: A View of Sugar-Company Stock Prices," in Jeremy Atack and Larry Neal, eds., The Evolution of Financial Markets and Institutions from the Seventeenth Century to the Present, Cambridge University Press, 2009.

"How Brinkmanship Saved Chadbourne: Credibility and the International Sugar Agreement of 1931."Explorations in Economic History (2006). Co-authored with Richard Sicotte.

"Factor Endowments and Contract Choice: Why Were Cane Supply Contracts Different in Cuba and Hawaii? 1900-1929." Advances in Agricultural Economic History (2000).

"Cane Contracting and Renegotiation: A Fixed Effects Analysis of the Adoption of New Technologies in the Cuban Sugar Industry, 1899-1929," Explorations in Economic History 31 (1994): 141-75.