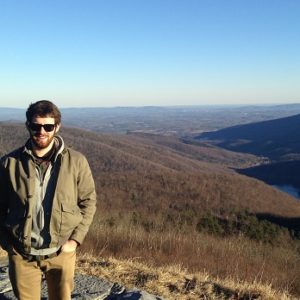 Robert Corban is a doctoral candidate in the Department of History at Columbia. Born and raised in Tupelo, Mississippi, Robert earned bachelor of arts degrees in history and sociology from the University of Mississippi in 2013. As a graduate of the Sally McDonnell Barksdale Honors College, Robert also received distinction for the thesis that he wrote about the economics of peasant agriculture and the politics of unification in the Kingdom of Two Sicilies.

Robert conducted research on similar topics in the history of agriculture in Italy and Southern Europe as a graduate student at Syracuse University, where he completed a master of arts degree in 2015. With support from the Maxwell School of Citizenship and Public Affairs, Robert worked in several state, city and private archives around the Po Valley, reading and writing about Benito Mussolini’s ‘Battle for Grain’ and the broader campaign to regiment production in that region in the period between the First World War, the March on Rome and the Great Depression.

Robert has continued to cultivate his interests along these lines as he has continued forward at Columbia, with an eye toward a history of how agriculture was mobilized within, between and beyond the borders of Italy and the Italian Empire in the months prior to the Second World War. His dissertation is an international history of the wheat trade and the war economy throughout Italy, Southern Europe and the Mediterranean from 1925 to 1945.

During his tenure at Columbia, Robert has worked as an AHA-Mellon Research Associate at the New York Botanical Garden and a member of the Environmental Sciences and Humanities Research Cluster in the Center for Science and Society at Columbia. He also serves as the Rapporteur for the University Seminar in Economic History. Robert’s contact information and curriculum vitae can be found in full on Academia.edu.