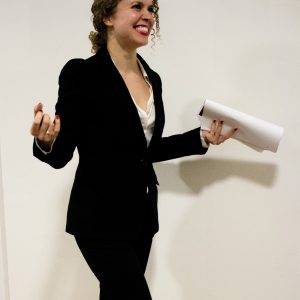 Celine Camps is a PhD student in the history of early modern science. Her research interests revolve around early modern artisanal culture and values and the ways in which these influenced not only the interpersonal relationships artisans had with other historical actors, but also what knowledge they communicated and how.

In 2014, Camps was awarded a research stipend by the Max Planck Institute for the History of Science to further investigate the themes central to her Master’s thesis.

Since 2016, she is a participant in Professor Pamela Smith’s Making and Knowing Project at Columbia University, as part of which she has helped transcribe, encode and translate an anonymous sixteenth-century French artisanal and technical manuscript.

In 2019, Camps was appointed member of the Renaissance Society of America’s first ever Graduate Student Advisory Committee.

She also serves as rapporteur for the History and Philosophy of Science Seminars at Columbia University.

Fall 2019: Introduction to European History: the Renaissance to the French Revolution.