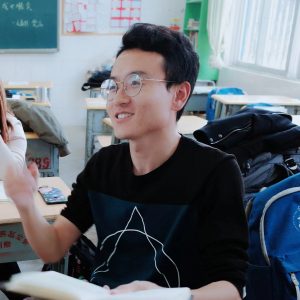 Xuexin Cai is a PhD student in the History-East Asia Program at Columbia University. He works at the intersection of environmental history, borderlands history, and the history of science and technology. While his current research focuses on Southwest China (particularly Yunnan), he is also interested in the broader Sino-Southeast Asian and Sino-Tibetan borderlands.

His dissertation, tentatively titled “Between Wasteland and Wilderness: Rubber Farms, Nature Reserves, and Rural Life in Southwest China, 1945-2000,” explores three closely related questions: what role did rubber production and nature conservation play in Chinese state formation in the previously unintegrated borderlands of southwest Yunnan? How did ordinary rural people – as well as non-human beings in the local ecologies – resist, shape, or take advantage of the policies, laws, and technologies that came with the spread of rubber trees and the establishment of nature reserves? Finally, how did China’s modern rubber industry and conservation science develop in relation to shifting discourses of resource insecurity (and sustainable development) in the Maoist and post-Mao periods? Ultimately, he hopes to offer an account of how lives of human and non-human beings changed over half of a century in one of our planet’s most biodiverse and culturally diverse regions.

Experiences before coming to Columbia have shaped his current research interests. During his undergraduate years at New York University Abu Dhabi, he studied the history of tea trade between communities in Southwest China and those on the Tibetan Plateau. Upon graduation, he went to Yunnan and spent three years there, working first in the public humanities and then at a village primary school not very far from the Sino-Burmese border. The people and places that he became familiar with during those years continue to be an important source of inspiration for his current research.