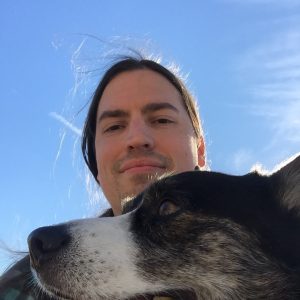 Barrie studies American environmental history with a focus on the nineteenth and twentieth centuries. He is also interested in the history of science and technology, particularly the history of biology. He has written on topics such as historical anti-vaccination agitation, the introduction of non-native animal species – both intentionally and accidentally – to the United States, the beginning of mass pesticide use in American agriculture, and the origins of anti-animal cruelty activism in America. He is hoping to elaborate on some of those themes as he continues his doctoral work at Columbia.

Barrie grew up in Vancouver, British Columbia, Canada, where he attended the University of British Columbia. He earned a Bachelor’s Degree from UBC in 2015 while completing the History Honours Program. He takes great pride in winning the J. H. Stewart Reid Prize and Medal for his senior Honours thesis. Barrie also earned a Master’s Degree in History from UBC in 2017, which was generously funded by the Tina and Morris Wagner Foundation Fellowship and the Social Sciences and Humanities Research Council, Master’s Award. He gratefully acknowledges the continuing support of the Social Sciences and Humanities Research Council of Canada courtesy of a Doctoral Fellowship.

Barrie would also like to acknowledge the continuing support of his best friend Alfie, a very cute Cardigan Welsh Corgi. He welcomes any inquiries about his work, and any outreach from prospective graduate students considering studying at Columbia. He can be reached at brb2150@columbia.edu.