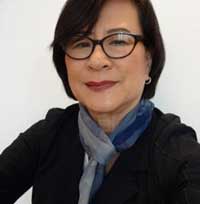 To make an appointment for office hours, click [here]

Mae M. Ngai, Lung Family Professor of Asian American Studies and Professor of History, is a U.S. legal and political historian interested in questions of immigration, citizenship, and nationalism. She is author of the award winning Impossible Subjects: Illegal Aliens and the Making of Modern America (2004) and The Lucky Ones: One Family and the Extraordinary Invention of Chinese America (2010). Ngai has written on immigration history and policy for the Washington Post, New York Times, Los Angeles Times, the Nation, and the Boston Review. Before becoming a historian she was a labor-union organizer and educator in New York City, working for District 65-UAW and the Consortium for Worker Education. She is now writing The Chinese Question (under contract with WW Norton), a study of Chinese gold miners and racial politics in nineteenth-century California, Australia, and South Africa; and Nation of Immigrants: A Short History of an Idea (under contract with Princeton University Press).

“Trouble on the Rand: The Chinese Question in South Africa and the Apogee of White Settlerism,” International Labor and Working Class History 91 (Spring 2017).

“Chinese Gold Miners and the 'Chinese Question' in Nineteenth-Century California and Victoria,” in Oxford Journals, Journal of American History, (2015).