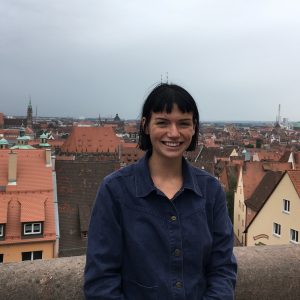 Alice is a doctoral student at Columbia specializing in modern British social and cultural history. She is interested in gender, work, and urban space, and has written about the interaction between these themes in Britain and the British empire, primarily during the nineteenth century.

Prior to starting graduate school, Alice completed her B.A. in history at the University of British Columbia, where she wrote her undergraduate Honors thesis on settler masculinity and leisure during British Columbia’s early gold rushes (1858-1871).

At Columbia, she is part of the New York – Cambridge Training Collaboration (NYCTC), which connects PhD students and faculty working in the field of twentieth-century British history from across three institutions.