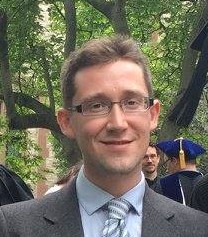 Thomas Zuber’s research focuses on West African social movements for redistributive justice, with a particular focus on Burkina Faso. His dissertation, “We cultivate to redistribute: Child-rearing, Rural Development and the Politics of Inequality (1947-1991)”, analyzes rural families’ political and social claims to economic redistribution, from 1947 to 1987. The phrase “We cultivate to redistribute” (kod ti pui in Mooré) was associated with historian Joseph Ki-Zerbo’s Mouvement de Libération Nationale, (the opposition party of successive civilian and military governments) by both detractors and supporters. In a sense, it encapsulates several of the stakes of Burkinabè history in the second-half of the twentieth century: the quest for agricultural development, the labor requirements of cash crops (who is cultivating?), the importance of remittances to family budgets (who is redistributing?). Therefore, the terms of redistribution generated sharp political and economic contestations, while redistributive programs often naturalized certain forms of mutual aid and dependence. This research relies on 18 months in Burkinabè, Senegalese, Ivorian, French and American archives, as well as an oral history project on childhood in 1940s-70s Burkina Faso.

Thomas Zuber has worked on a range of Public History and social justice projects at Columbia University. He was GSAS Fellow with the Justice for Code program at Columbia. He worked on developing metadata for a digital archive project of Malian feminists (Projet Archives des Femmes). Prior to pursuing his PhD, Thomas worked as a Peace Corps Fellow at University Neighborhood Housing Program, working on housing rights in New York. He served as a Peace Corps Volunteer in Benin for two years, with a focus on health and education.