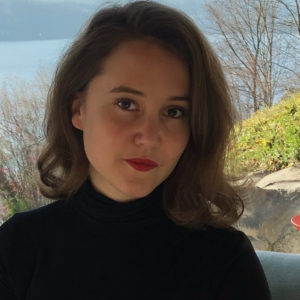 This year, Madeline will be a Camargo Foundation scholar. She has received grants and fellowships from the Social Science Research Council, the Center for History and Economics (Harvard/Cambridge), the Weatherhead East Asian Institute, the Institute for African Studies, Columbia GSAS, the Alliance Program, and the Helen McArthur Foundation.

Madeline has degrees from Sciences Po Paris and the London School of Economics. In 2014, she received her MPhil in Modern European History from the University of Cambridge (with distinction).

Madeline has worked as a public affairs officer in the satellite communications industry.